Return to About us

Colnes’ Angling Society, based in Earls Colne near Colchester, is celebrating 100 years since it was founded in 1910.  The club was originally set up for the benefit of anglers resident in the four Colnes and Chappel and its headquarters was at the Kings Head public house in White Colne.  The first president was Mr E C Hill assisted by a committee of eight, with Mr A Hunts as the Secretary.  The original yearly subscriptions were 2/6 (12.5p) and in fact this rate continued until the early 1950’s when it was increased to 7/6 (37.5p), which caused a drop in membership.

Although membership was restricted to residents of the four Colnes and Chappel, (nowadays open to all), during the war years members of the armed forces stationed locally were invited to become honorary members provided they paid the subscription.  During the second World War, this invitation was extended to the American forces in the area.

The Club rented local waters including stretches of the river Colne but the premier water was the Ballast Hole next to Earls Colne station which was rented from the railway company for £1.00 per annum.  This water was prone to weed up and the club maintained a punt for the use in cleaning out the weed at the start of each season.  This wooden vessel had to be re-caulked every year to try to stop the leaks and this was done with pitch by volunteers.  The process involved building a large bonfire to melt the pitch and plenty of wet sacks were kept on hand as the pitch frequently caught fire. The volunteers would smell of pitch for days afterwards.  Repairs to the punt were a regular topic in the minutes of the committee meetings.

Competitions were held from the very early years of the Club.  The rules of the competitions, unlike the present day rules, allowed the competitors to start at what time they liked and fish whichever of the Club’s waters they liked.  Fish had to be weighed in by 10pm at Club headquarters.  Naturally the fish were destroyed and this would certainly not be contemplated today.  Some ‘peg down’ matches were also arranged but the fish were stilled weighed at headquarters.  Different species of fish had to meet minimum sizes to qualify.

The old minute books – all hand written – make interesting reading and give a good insight into the attitudes held over 50 years ago.  Following is an extract from the minutes of a meeting held on 5thJanuary 1956. “After a day of thick mist and fog the weather started to improve during the evening.  The Secretary and Mr J Ruddick arrived and joined Tony Hall round a very comfortable fire in the committee room.  Tony Hall bought the Secretary a ginger beer which brightened the outlook.  When Mr Milbank arrived the Secretary steadfastly refused another ginger beer.  He was too deep in thought.  If he had a Chairman it only left three to form a quorum.  No Chairman – no meeting.  No quorum – no meeting.  Then in strode the valiant Hector, the vanquisher of many crises.  Chairs were pushed back to make room round the fire and the meeting was saved.”

The existing President, Mr R Scillitoe, was elected to the committee in 1954 and has a wealth of history and interesting stories to relate.  He still fishes the senior citizens matches on a regular basis.

Whilst times have changed, the Club is still going strong and rents many good fishing waters.  These include stretches of the rivers Stour and Colne – ideal for good bags of roach, perch, chub, tench, bream and pike.  Pebmarsh Lake is a very scenic piece of water containing mixed species including carp up to 20lbs, crucian carp, tench, bream, roach, rudd and perch.  An ideal water for good day’s pleasure fishing with easy access to all 25 pegs, just a step away from the parking area.

Boley Road Lake has 20 pegs around a lake unspoiled by stagings.  For the serious carp angler this lake contains specimens over 30lbs.  For the pleasure angler there are also bream, tench, roach, rudd and perch.

Whilst the subscriptions are no longer 12.5p, they are still very reasonable at £65.00 for adult members with reductions for juniors, senior citizens, husband and wife joint etc.  From October 1st subscriptions are half price.

Picture above of the late 1950’s when the Colnes Angling Society had the Millpond at River House stocked with brown trout fingerlings.
Peter Milbank lived there from just after the war in 1949 for about the next thirty years. His father was Geoffrey Milbank mentioned in our brief history above who was a very keen supporter of the club and took this wonderful picture.
Peter is the boy in the middle of the group by the large metal container.

About us Our History Club News 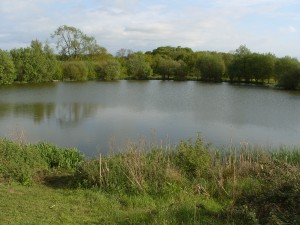 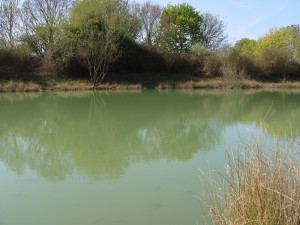 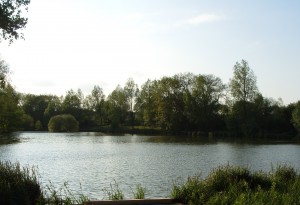